Online Auctions in Japan: What brands and products are people looking for? 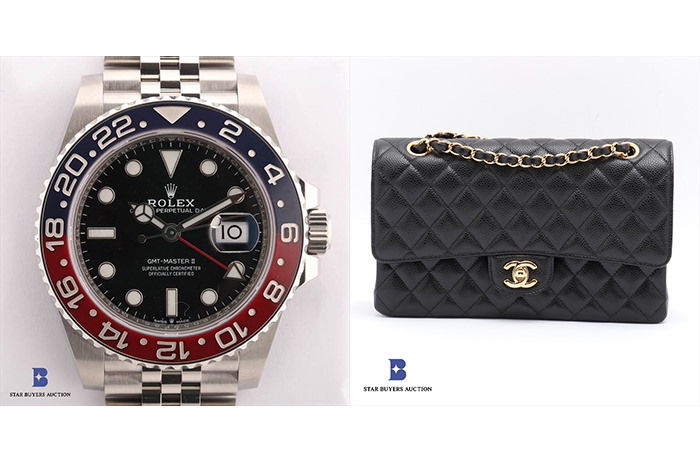 Japan’s B2B online auctions are attracting attention from buyers all over the world seeking used luxury watches, jewelry, bags, and more. So what kind of items are available, and what is the price range for successful bids?
We asked a manager at Star Buyers Auction, a major B2B online auction company in Japan, about what products are popular in their auctions.

What products are people looking for in B2B online auctions in Japan?

Japan's online auctions offer such a rich lineup of high-quality products that buyers from all over the world are starting to use them for purchasing. (Click here for details.) From watches to bags, designer jewelry, regular jewelry, apparel, and more, Star Buyers Auction is full of popular products like those introduced below.

What watches are popular in B2B online auctions in Japan?

First off, watches. Rolexes, of course, are luxury watches with unshakeable value, and they also enjoy unwavering popularity in B2B online auctions. 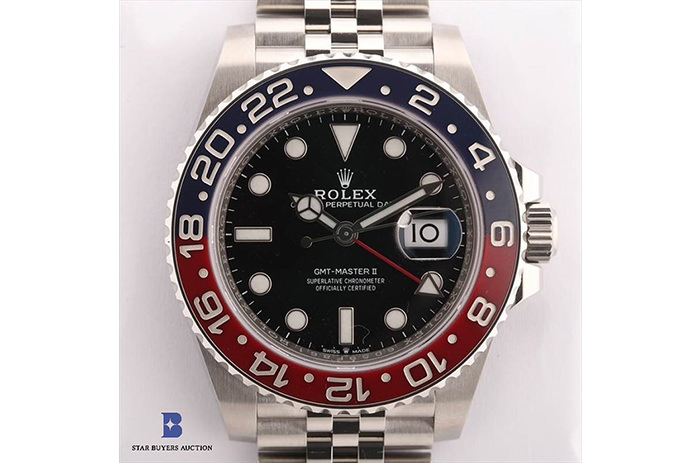 In a recent Star Buyers Auction in March 2021, the successful bid for a Rolex GMT-Master II 126710BLRO was 2.03 million JPY.
When the original GMT-Master was released in 1955, it was the only Rolex pilot watch that could display the time in two different time zones.
The 126710BLRO model debuted at Baselworld in 2018. It has the red and blue bezel (commonly known as “Pepsi”) that had been absent in stainless steel models since the 116710LN’s introduction in 2007. This model was a major topic at its initial release.
Not only did it revive the Pepsi bezel, once the symbol of the GMT-Master, it also replaced the belt with a five-link Jubilee bracelet, winning it continuous popularity and unwavering influence from its initial release onward. 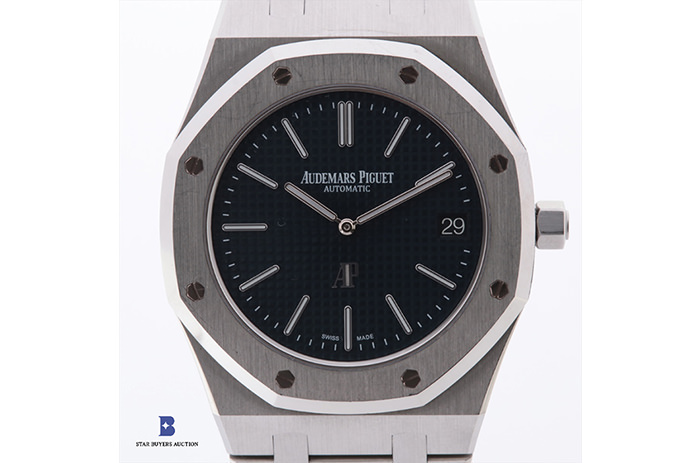 Other than Rolex, the Audemars Piguet Royal Oak 15202ST is also quite popular. In a recent Star Buyers Auction in February 2021, the successful bid for a Audemars Piguet Royal Oak 15202ST was 5.4 million JPY.
The first Royal Oak model, the Ref. 5402ST(*) designed by the genius Gérald Genta, was released in 1972, and it took the industry by surprise with its stainless steel material, which was rarely used in luxury watches at the time.
*Strictly speaking, the first model Ref. 5402ST was part of the second lot A Series. A total of 1,000 pieces without alphabetic serial numbers were produced for the first lot.
But despite its popularity, sales were poor, possibly because it was too radical for its time. Production even stopped temporarily, but its star gradually rose, and it was remade with the successor models Ref. 1500 and Ref. 14802ST in 1990 and 1992, respectively. The latter model features an upgraded transparent back that shows off the movement inside the case from the reverse side.
The Ref. 15202ST model, which is popular in online auctions, carries on the exterior of the Ref. 14802ST.
High in both asset value and designability, it has likely influenced the design of many other watches. It is the forerunner of the recently fashionable luxury sports watch, and also a driver in today’s watch industry.

What bags are popular in B2B online auctions in Japan?

Next, we’ll introduce the bags that are popular in B2B online auctions in Japan. 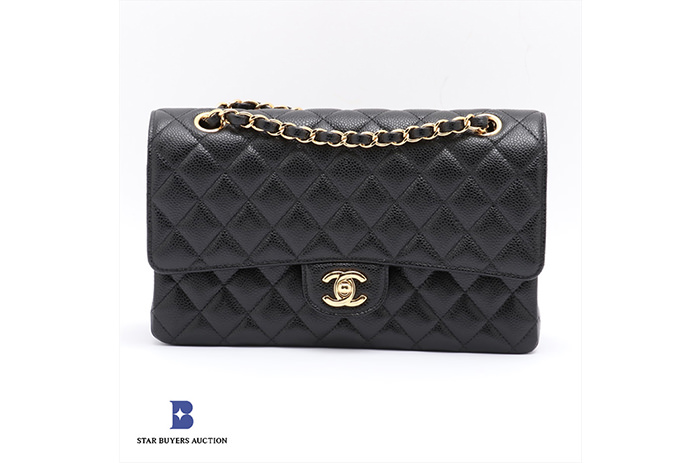 The Matrasse is known as an iconic Chanel bag with diamond pattern quilting. It is a masterpiece loved over a wide range of generations, including celebrities in Japan and around the world.
This chain shoulder bag was released by Coco Chanel in February 1955 under the name "2.55," then later remade by Karl Lagerfeld who took over as Chanel’s designer in 1983. It has been updated to represent the face of Chanel, with the emblematic CC mark on the clasp and a chain that incorporates leather elements.
With its elegance and classic air, the Matrasse has always been popular with women.
In Star Buyers Auctions, items like the caviar skin bag pictured here are often traded for around 600,000 JPY as of May 2021. 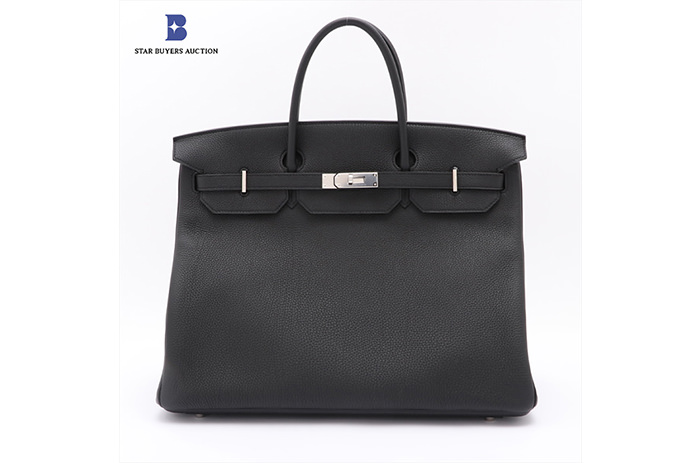 The Hermès Birkin, also known as the hardest bag in the world to obtain. Its famous origin story dates back to 1984, when actress Jane Birkin and Jean-Louis Dumas, then Executive Chairman of Hermès, were seated next to each other on a plane.
Based on the functional Haut à courroies model, the Birkin has a large capacity and a flat bottom, and is made to be stable and durable. It is an elegant yet casual bag that many find aspirational.
But it’s not just the attractiveness of the bag itself; also noteworthy is its value. The Birkin’s price has never dropped since it was introduced, only continuing to rise. It’s such a dependable bag that some buy it as an investment.
In Star Buyers Auctions, such items are often traded for around 1.8 million JPY as of May 2021.

What designer jewelry is popular in B2B online auctions in Japan?

Next, we’ll introduce the designer jewelry that is popular in B2B online auctions in Japan.

In addition to the Van Cleef & Arpels Alhambra Collection and Cartier Love Collection mentioned in this article, there are a variety of popular jewelry items that are always popular in B2B online auctions. 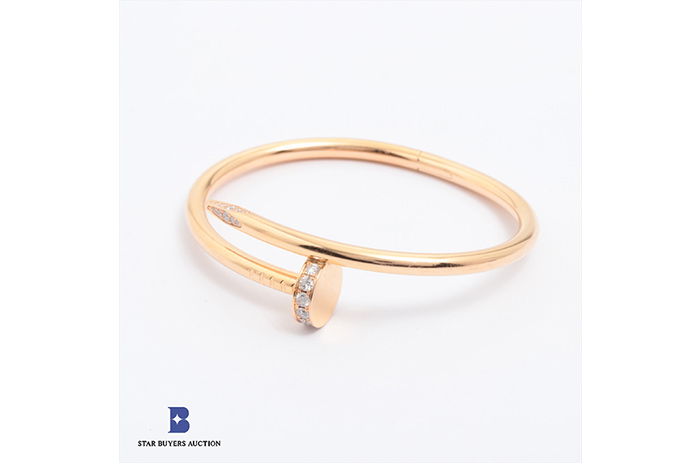 The Cartier Juste un Clou, with its a nail motif. Created in 1971 by Aldo Cipro, a prolific jewelry designer at Cartier New York.
This item is especially popular in the fashion and creative industries thanks to its unisex design that suits any gender and the playfulness of incorporating a mundane object like a nail into jewelry.
In 2018, more than 45 years after the bracelet’s debut, Cartier launched a slim design that is still popular today.
As of May 2021, diamond bracelet models are traded for around 800,000 JPY in Star Buyers Auctions.

What apparel is popular in B2B online auctions in Japan?

Finally, we’ll introduce the apparel items that are popular in B2B online auctions in Japan. 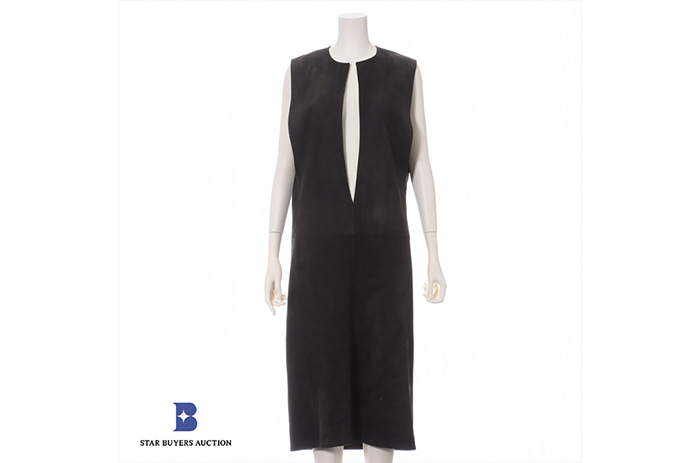 One of the many masterpieces produced during the Margiela era of Hermès. This name refers to seasonal collections from Martin Margiela’s tenure as a designer at Hermès, from 1997 to 2003.
The collection features a simple design aesthetic and offers a glimpse of Margiela’s novel taste. It was a hot topic at the time of its release and has continued to grow in popularity since. That is why Margiela-era items are traded at high prices in the used market.
This Vareuse dress, distinctive for its deep V-neck, is said to be one of his ultimate masterpieces. The series highlights Margiela’s idea for apparel that allows women to dress and undress without disturbing their hair or makeup. It includes knitwear, shirts, jackets, and more.
The sleeveless dress in the photo sold for 120,000 JPY in a Star Buyers Auction (February 2020). 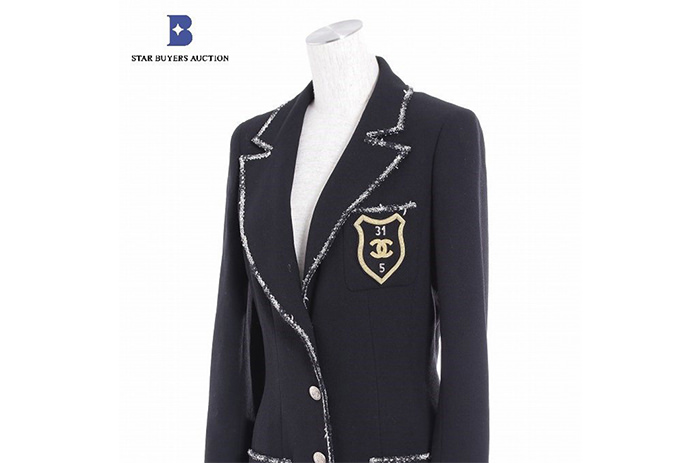 In addition to the aforementioned Matrasse bags, representative Chanel items include apparel that uses tweed materials.
The model number P24952V12963 jacket with characteristic tweed piping is enduringly popular. It is also known for being worn by Anne Hathaway’s character in the movie The Devil Wears Prada.
In one Star Buyers Auction, the successful bid for this item was 340,000 JPY (November 2020).

The distribution of such popular products is unique to auctions in Japan, which has a strongly rooted culture of reuse and a large market for used goods. Among Japanese auctions, Star Buyers Auction enjoys the support of many international buyers, and also has its own purchasing routes and always offers rich lineups of more than 25,000 products. 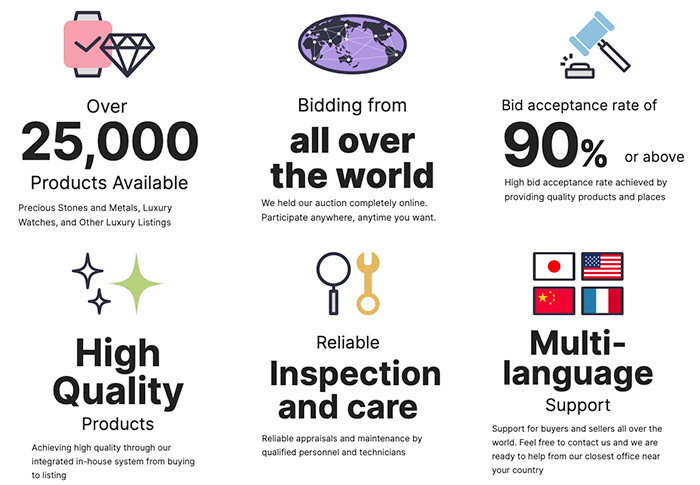 Related links below the article 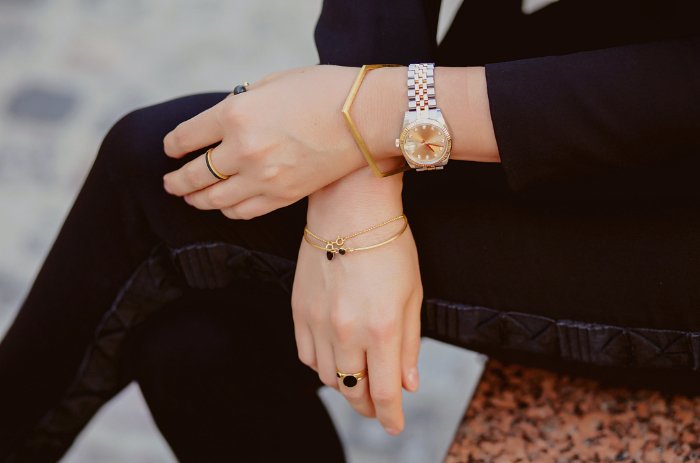 Tips for Online Auction
Searching for a wholesale jewelry store? This is how to efficiently purchase items of jewelry that are popular in the market. 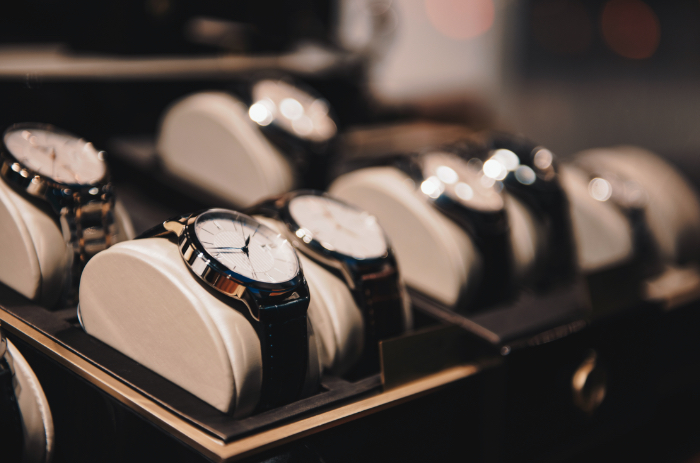 Tips for Online Auction
For those searching for watches at wholesale: Efficiently purchasing valuable luxury watches 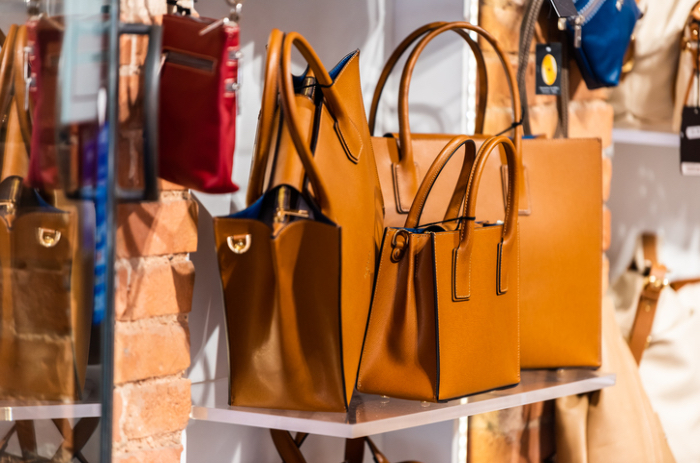 Tips for Online Auction
For those searching for bags at wholesale: Efficiently purchasing valuable bags 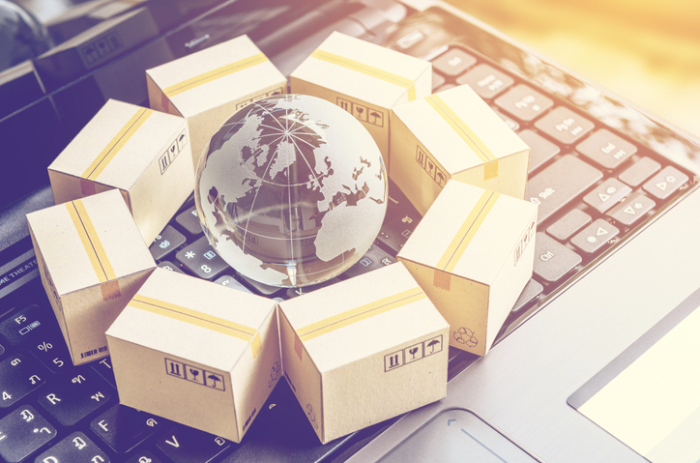 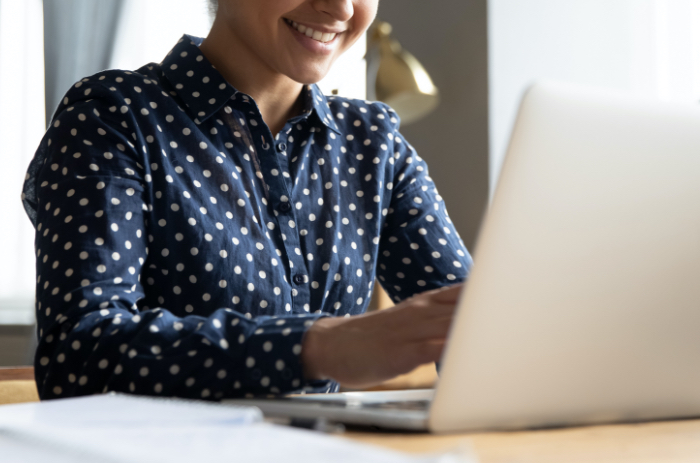 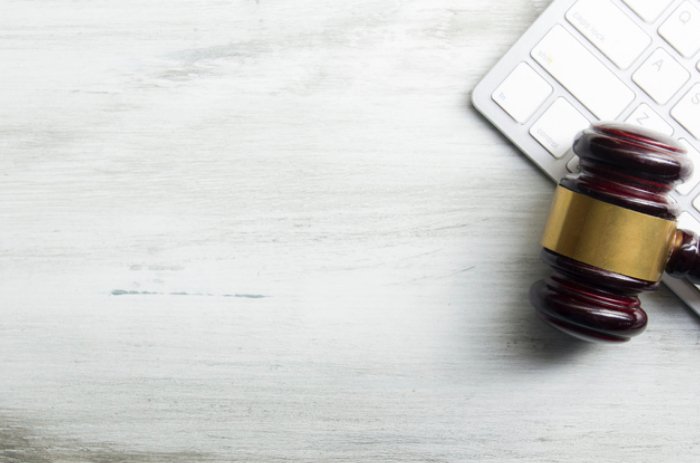 Tips for Online Auction
Getting started with online auctions: What are the differences and advantages over offline auctions?

Experience the outstanding lineup and quality of
STAR BUYERS AUCTION yourself.​

We use cookies on our site. By selecting "Agree", you agree to the use of all cookies. For more detail, please refer to our Privacy Notice.